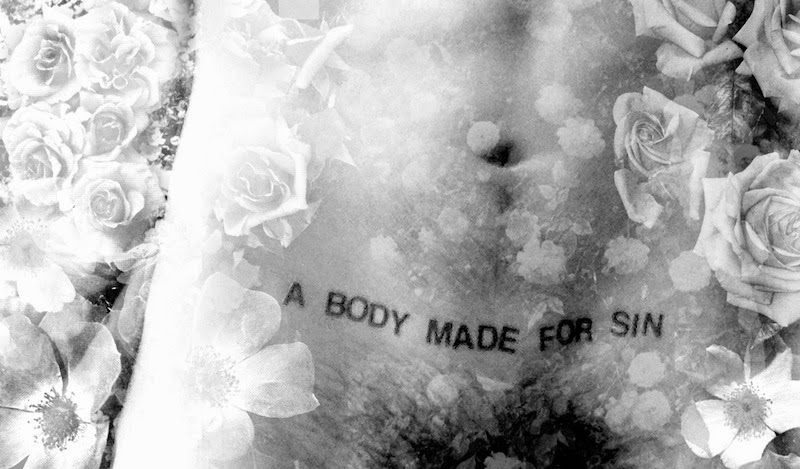 You could hear Jason and Grace fucking the shit out of each other in his room but we didn’t say
anything about it. The walls were thin so we heard them all the time.
Hannah couldn’t fall asleep.  “Every second is less time I can get sleep,” she said.  She had just started waitressing at a new place and she wanted to be awake for it.
“You can’t think about it that way,” I said. I was pretty tired but the next day was Sunday so it didn’t matter for me.
“It’s the truth,” she said, “plain and simple.”
“Only if you look at it in a certain way.” I didn’t know what to say to her.
She asked me to tell her a story but I couldn’t think of one. She asked me to tell her stories all the time when she couldn’t fall asleep and I could never come up with anything, it was crazy she still asked me. This time I didn’t try that hard, I was so tired.
Jason and Grace were still fucking. They got louder and louder. Then it stopped. They started talking a little and Jason said to Grace, Your body’s made for sin, and they laughed and just when I thought it couldn’t get any worse, it started all over again.

Rob asked me why I didn’t have a tattoo.
“I don’t even know what I’d get,” I said.
“See that’s crazy to me,” he said, “I have, like, too many ideas. Like every second I have an idea for one.” His eyes got big at this. “That’s my problem.”
We were sitting on his couch.  Before we started talking about tattoos, he was showing me his drawings.  Whenever I came over to buy an eighth, Rob took out his big notebook and made me look at his drawings.  They were all of karate guys in crazy Dragon Ball Z poses. I didn’t even try to ask if he drew anything else. But I had to admit they were pretty good.
“I want you to see something,” he said, putting away his notebook.
I went along with it. He seemed like he could get angry for no reason.
He led me into his room. It was very organized.  This was a guy who liked his stuff.  Against the wall was a giant fish tank. That’s what he wanted to show me.
The whole thing was lit up with cool blue lights that made the pebbles on the bottom glow.  There were a few decoration pirate ships in it and a filter system made neat lines of bubbles in the corners.  The tank was truly huge, bigger than a person. There weren’t any fish in it yet.
“I’m going to fill it with Piranhas,” he said.
“Why?” I asked. I couldn’t help it.
He had no idea what I was talking about. “The fish aren’t the hard part. I can get like twenty for $380,” he explained, going over to the tank.
“You’re going to have twenty fish in there?” I asked.
“Oh yeah,” He said, “I did the measurements.” He looked the tank up and down, checked the filters and lights and then dipped his fingers into the water for the temperature. He took a step back, admiring tank, and said, “$5000.” That’s how much it cost
Then he turned to me, and the way he was smiling made me even more sure that he was completely out of his mind, but, really, I couldn’t talk. I’d never saved that much for anything, and the idea of it felt impossible.

Jake and I were sitting Indian style on the floor in his room with the cards we were trading laid out between us.  We were talking about the bases and sex.  Jake was saying how if he had to choose he’d rather go to both second base and third base with a girl than just sex.
“It’s like baseball,” Jake said. “It’s obvious.”
“Feeling her up and getting a blow job,” I said, so he knew I knew exactly what we were talking about, “or fingering her.”
“Fingering a girl isn’t third base,” Jake said.
“What is it then?”
“It’s not anything,” he said. “It’s not a part of it.”
I didn’t want him to think I was completely clueless so I just shrugged and said people had different definitions.
The whole reason Jake was trying to do this trade was so he could get my Mike Piazza rookie card. He was always trying to trade for it and I always said no.  He’d trump up his cards, like he was doing me a huge favor, but he was so obvious about it, it made me want to say no even more.
“Pudge, Paul O’Neill, and Benny Agbayani.” That’s what he was offering this time.
“No,” I said and I couldn’t help smiling. It’s not that the players weren’t good; it was that there was nothing special about the cards. They were just normal run-of-the-mill cards.
“Pudge will go down as the greatest defensive catcher in the history of baseball,” he said.
“I don’t care.”
Jake lost it. I could see it coming a mile away.  He was yelling about how unfair I was and his face was getting red.  He was about to cry.  This was how it always happened. Jake would spaz out and his mother would bust into the room like I’d done something wrong when I didn’t even want the trade in the first place.