Dizzy Up The Girl 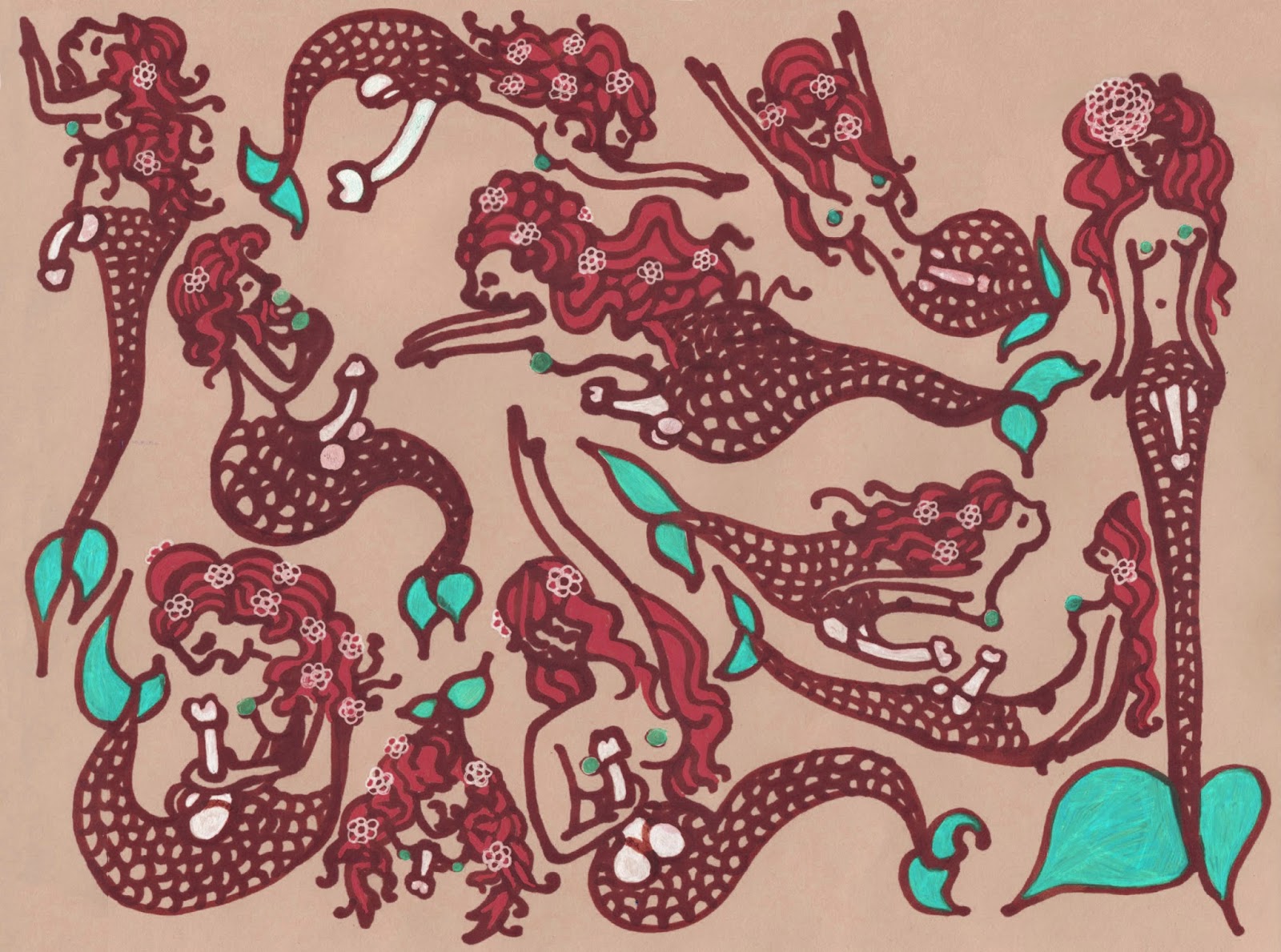 The Bay of Fundy is not what I would call a traditional “bay” shape – it’s long and narrow, cuts into the land between New Brunswick and Nova Scotia, and splits off into fingers of water that are still considered parts of the Bay. Even while living in New Brunswick I never quite figured out its geography so it remained a kind of amorphous blob of a location in my mind. I do know that there is one spot you can drive to, to reach the water, where the road is separated from the red mud flats by a rocky embankment covered in beer cans and bleached cows’ bones.

The professor, a widower (I’ve always thought “widower” was a strange word, seeming much more active than its definition), lives nearby to this part of the Bay and teaches classes in Canadian literature at the University in town. He specialises in the poetry of an Atlantic Canadian poet who is a man, which he sometimes regrets as he has six daughters and often wonders if he could relate to them better had he studied the poetry of an Atlantic Canadian woman.

When I think of the professor’s six daughters, I get this picture in my head of the Lisbon girls, languishing intertwined, which seems not at all fitting. I’m thinking of the movie, of course, because I read the book so long ago, and thought at the time that the movie had really managed to capture the best parts of it. The picture in my head, though, makes me think that Sofia Coppola might secretly never have been a teenage girl; the professor’s daughters never quite got the hang of co-existing in that lazy, soft way. Not inside the slightly cramped house, at any rate. They got along best in the backyard, each girl sitting in her own garden plot, where she was encouraged to plant whatever kind of flowers she preferred.

The professor’s youngest daughter never really took to gardening – she was forever trying to plant things out of season, forever wishing to be indoors, though happy to be included whenever her sisters took to the backyard. Most of the youngest daughter’s interests, domestically, were focused on the small room, more of a closet, at the top of the stairs. It was called “the office” and housed the professor’s at-home computer. The girls were forbidden from entering this room, and from any internet use in general – until, that is, they each respectively turned fifteen.

As her sisters grew older the computer began to lose its novelty to all but the youngest daughter. Some of the sisters moved away, and some stayed in town, purchasing clunky laptops of their own to lug to the University where they got a discount on tuition. As the years leading up to her fifteenth birthday rolled by the youngest daughter collected information about the internet furtively, only semi-aware of her own fixation. A girl (who would eventually become her best friend in high school, splitting joints with her in the marsh, rolled for her by her stepfather) once described to her the process and importance of clearing your browser history. The youngest daughter noted all of this down and hid it in a secret place, away from prying sisters’ eyes, saving the advice for the eventuality of her fifteenth year.

After a pink-frosted cake with fifteen candles was shared between herself, her father, and the three of her sisters who still lived in the house, the youngest daughter went quietly, without fanfare, to the tiny office at the top of the stairs on the evening of her fifteenth birthday. In the years that followed she had this space almost completely to herself and, when not at school, the McDonald’s by the highway, or the little ornate movie theatre in town, she sat on one ankle in the swivelling office chair.

She spent many of her early years of internet use with an online community of girls who congregated in a forum/BBS run by a woman in her twenties who lived in Nevada. The forum’s name was a Goo Goo Dolls lyric and the interface was sometimes pink, sometimes purple, always with coordinating graphics. The youngest daughter spent hours here meeting girls who would share with her their Hotmail addresses so they could simultaneously chat more intimately on MSN Messenger.

A Tori Amos fan from South Carolina said she could only do it on all fours. A Toronto girl who loved Lord of the Rings and called herself Siobhan (which the youngest daughter never knew how to pronounce, even mentally) said she wrapped her fingers in toilet paper because it made them harder and she liked how it felt. Another girl, sixteen just like the youngest daughter at this point, but vastly more experienced (she had had sex with more than one boy and even contracted cervical cancer), said that she always did it in the shower. The youngest daughter read all of these things and felt embarrassed that she had no story of her own. She admitted this to the other girls, with whom she felt very comfortable, and cleared her browser history before heading to bed. That night she walked from the office to her bedroom on shaky sea legs.

The next morning the professor’s youngest daughter walked barefoot past six neglected garden plots, through the woods, and over the rocky embankment that divided the dirt road from the Bay, skirting the cow bones. The tide was on its way in but had only made it about halfway up the squishy red mud flats. Glancing briefly back at the house she walked out to meet the water, lowered herself into the mud, and waited for the tide to make its way up her legs.

When the Bay finally reached the raw spot between her legs it burned a little. She tried to imagine her skeleton beneath her skin. She imagined her bones like the cow bones on the shore, and wondered briefly if she’d ever seen a human bone in person. Maybe bones were like blood – maybe they were only white like we think of them when they are outside of our bodies. She shook her head, she didn’t even have to Google that. It was wrong.