Repeat the Word "Beauty" to Yourself Enough Times and It Sounds Like Your Own Name, Then Nonsense


The Great Beauty hasn’t left me alone since I stumbled out of the theater and back into America. We New World brutes can’t help but be beholden to Europeans on matters of aesthetics, and so perhaps I am as hypnotized by the film’s Italianness as by its insights. Its director, Paolo Sorrentino, can conjure up the same carnival-of-radiant-freaks atmosphere as Fellini, but he’s even better at the quiet moments, hiding big insights behind a veneer of chatty, decadent boredom.

The protagonist, a journalist named Jep, is celebrating his 65th birthday. His is a life that many of us, by which I mean Americans with a romantic sensibility and artistic aspirations, would like to live. He drifts through Rome in bespoke suits, and he has definite opinions on who is the best tailor to make them. He hosts intimate conversations that lurch from convivial to combative, artists and socialites sipping wine as they interrupt each other on his charming terrace. He knows everyone, and knows how to take everyone apart. He mercilessly interrogates full-of-shit artists and comes away with scathing interview transcripts that delight his editor. Even at his age, he takes elegant women to bed nightly. He wears his male chauvinism (one female character goes farther, calls it misogyny) with dignity. The parties he frequents are so hedonistic, so elaborate and bottomless they verge on apocalyptic. Only the city’s ubiquitous nuns and priests and cathedrals interrupt the indulgence, yet for so long Jep seems happy to absorb the perfume of Catholicism they give off without getting any closer to an introspective life.

His problem is that he’s sort of trapped. He learns -- after she dies -- that the love of his life loved him for her whole life, too, even though she spent decades married to another man, who she remembers only as “a good companion.” Once, forty years ago, he wrote a great novel. Since then, people have been asking him when he will write another. The answer, really, is that he will not. Romantically and creatively, he’s been in the same place since his twenties. He has the glamorous artist’s life that we all want, except it has stopped him from being a true artist. 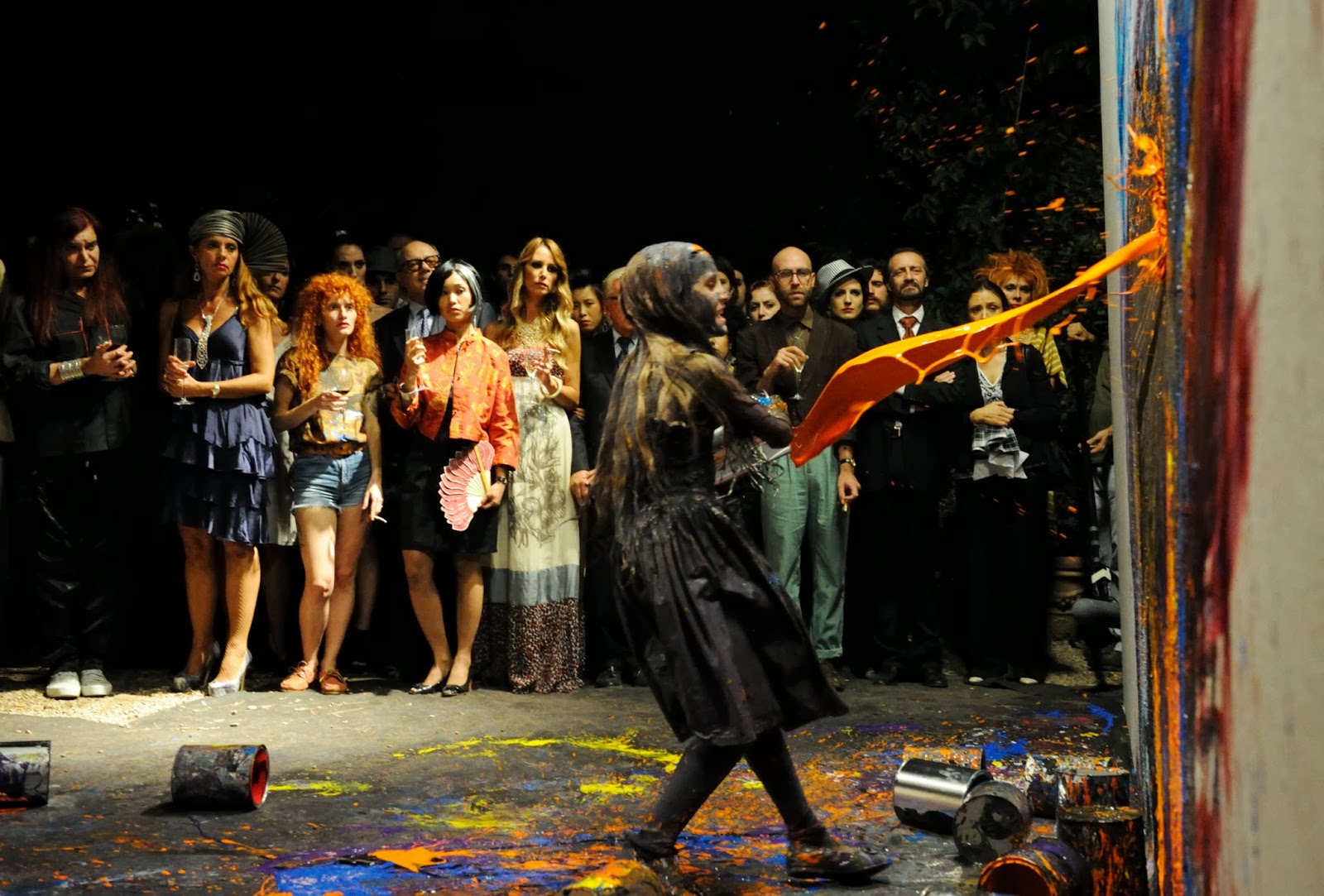 Jep says he has spent his life “chasing the great beauty.” This means a certain woman or a certain artistic breakthrough or a certain glimpse of enlightenment all at the same time. But the implication is that it’s a thing he’s never had in his grasp, because he’s been so distracted. Someone with so many objects and people and places around him that one is tempted to describe as “beautiful” (but which I have been careful not to describe that way) has experienced pleasure but not true beauty. Beauty requires deliberateness. It takes work. Weirdly, it takes ugliness, as an inoculation or because opposing extremes can be so dangerously close together. It isn’t every pretty face or even every midsummer sunrise over an ancient city.


To call someone an aesthete implies some laziness or lack of rigor, when really an aesthete should be more tireless and exacting than anyone. We have been so casual about beauty for so long that we forget it’s the core of art, what every artist who isn’t secretly just a narcissist or a politician spends their time on Earth trying to tap into. Sorrentino understands that making beauty the point of your life is nothing to belittle; the tragedy is when you don’t push hard enough toward it.

Some people would like to make the word “beautiful” meaningless. Christina Aguilera says, “You are beautiful no matter what they say,” even though she hasn’t met you. I think I agree with her on some points, like who cares about shiny hair and long legs and a particular waist-to-hip ratio? That’s not beauty, it’s the mathematics of human reproduction. It’s adhering to a norm, not obliterating the idea of norms. I don’t want everything to be beautiful; I want almost nothing to be beautiful. I want beauty to be a quest, not an escape. I want beauty to be fulfillment, not indulgence. These are distinctions you can rearrange your life around, that I would like to rearrange my life around, and maybe if I can wrench myself from the parties and the character assassinations -- I mean, the endless work weeks and the Netflix queue -- I will.


Judy Berman is the editor-in-chief of Flavorwire; co-editor, with Niina Pollari, of It's Complicated, a series of zines exploring feminist writers' relationships with the misogynist art and artists they love; and an aspiring full-time aesthete. She lives in Brooklyn and reblogs photos of Marc Bolan at http://judyxberman.tumblr.com.