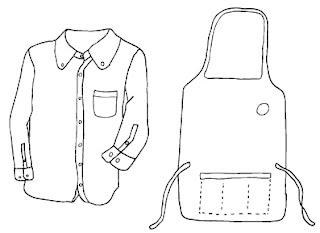 WITH ILLUSTRATIONS BY ANDREW BULGER 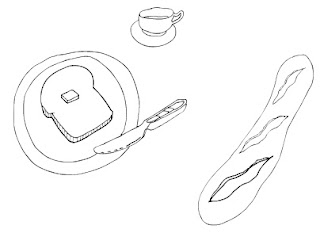 It was a little while before I was able to start hanging out with you again. But when we did things were fine. I would go to your coffee shop and you would give me free coffee and, if it was near closing, free pastries, which you'd bag up for me to take home. Every now and then I would catch you looking at me and we would smile at each other and then look away. It was nice to see you again and to hang out some. Of course it reminded me of when we used to date. And of course we kept certain topics out of conversation. Sometimes I looked into your eyes longer than I probably should I have.

One night after work you asked if I wanted to hang out, get a drink or ride bikes or something. Sure, I said. After you got done closing, we rode out toward where I lived, slowly and in silence. Near my apartment we stopped into a dive bar and ordered drinks. We got $3 PBR’s and found a dimlit booth in the back. The drinks helped us feel less weird. There was an appealing red tint to your face and I indulged in thinking about how it looked similar (and also a little different) than from when I had first met you. You looked better now, more assured, untouchable.

YOU HAVE A GOOD LAUGH

We talked some more. I pulled off the tab of my beer and so did you. A few times we would just look at each other for a second and not say anything and then laugh. You had a large mouth and when you laughed or smiled suddenly, the gums above your teeth would show.

You have a good laugh, I said.

Oh thanks, you said. But I think it’s kind of weird.

How come? I asked.

I dunno. It’s kind of loud. I also feel like my mouth is too big and my gums show too much.

That’s why I smile in pictures with my mouth closed.

That’s kind of funny, I said. You’ve never told me that before.

Yeah, I dunno why not. Well, I mean, you never really asked... 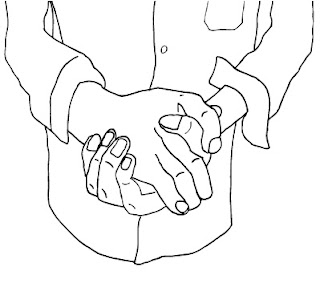 I WAS WEARING A NEW SHIRT

You're wearing a new shirt, you said.

I got it at the store, I said.

You smiled and touched the material.

It looks nice, you said.

Thanks, I said. I smoothed out the part where you had touched. Yours does too.

You said, We should go put on some music.

We stood there, trying to pick a playlist. There was a lot to choose from. It was difficult deciding on what we wanted to hear.

How’s work? I asked. How’s, um, everything else? 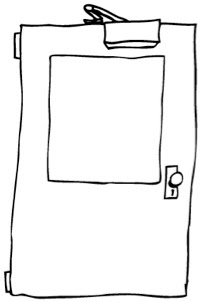 WE STOOD AROUND WITHOUT ORDERING ANOTHER DRINK

We stepped outside for a moment, then stepped back inside, where we stood around without ordering another drink.

Are you in line for the bar, a girl asked us.

Thanks, said the girl. We moved a few steps away from the bar and found ourselves standing very close to each other.

We did not say anything at first.

I should probably get going, you said.

But we did not immediately move toward the door. 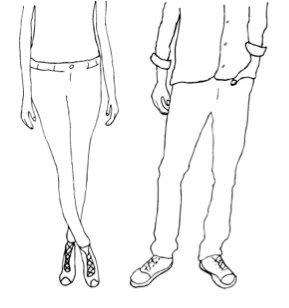 James Yeh is a founding editor of Gigantic and the indie books editor of the Faster Times. His fiction has appeared in PEN America, the film 60 Writers / 60 Places and is forthcoming in the anthology 30 Under 30 (Starcherone Books, 2011). He lives in Brooklyn. His blog is at yehjames.blogspot.com.

Andrew Bulger is an artist and philosopher residing in Brooklyn, New York.