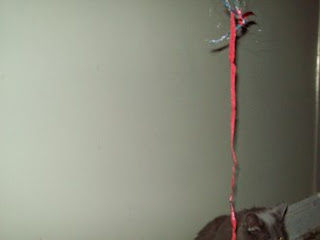 Hazel May Hall, lowly negative cutter, 1959
I think I can see what you see. To crop the world a million times over. To replace yesterday with today. To substitute my nostalgia for your déjà vu. You cropped yesterday’s heartbreak with the Empire State Building in the background of a big bulky taxicab. Perfection is forgettable. You tabled two scenes together and two more and two more until we got a two-hour movie. But really, you have to understand man, it’s complex. People are aware they cannot accumulate everything. But you did. Except what the director said not to. There’s a bin at the back of your brain of every outtake sitting in the middle of your best dinner at home with the company. Yes: we really understand, man, it’s complex. Some days you forget what’s the real movie. All you remember is how long it took for you to cut out the scene. When you see the movie you see it but don’t see it you see it but don’t see it, instead of the kiss you see the laugh and bump into nose. The theorist couldn’t do it but you could: we need a new narrative. You turned the sky into a limpid blue. You saw the whole picture. It was stillness on the move. You trained yourself to notice what you see. You wished everyone bon voyage over and over again. You left them on a trip that never happened. You did the walk that nobody really sees. You had no clue what you were delivering. You dreamed of a day with no orders and no deadlines. You dreamed the outtakes remade themselves as the movie in the boardroom. Everything that didn’t happen, happened all at once back-to-back in one hour. It was an hour of nothing happening. If you can’t see it, is nothing there? This is what happens in slow times, it goes into slow motion. You can’t help the people who want their world back intact. You help to rule everything out into a particular shape. You made sure nothing ever registered until a few seconds after it past. I wanted to ask you if I could dive into your outtakes. If it would take me back to the same as it ever was, a loophole large enough to drive truckloads through. To see what historians want to see. To go back to the back up tapes erased. To erase the time cards. The crime is that people don’t know about this. To not be on a bridge to nowhere. Screams from countless girls who are too young to drive. Forgetting that this isn’t theater, but something like life. Filled with glimpses of catastrophe. It was all about just keeping everything at bay. It happened by pure accident. It was not a Tupperware party in Jericho Long Island. The last edit is the shrewdest hustle.