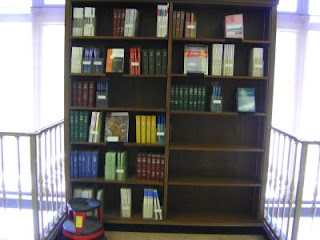 Orange with no words
To keep it company.
No thing rhymes with orange –
Its only friends are itself and the infinite variety of itself –

Strands of Kashmiri saffron,
The orange hidden in an old yew tree,
A field of Tiger lilies,
Shades of hibiscus in bloom,
Under clay pots,
A pocket full of copper pennies,
A plate of carrot sticks,
Apricot sauce, tangerines, rose hips,
A koi fish, a sadhu’s robe,
Pumpkins ripening in the field,
ruddy autumn leaves leaking veins.
Rust from an old VW sitting in the creek bleeding.

The hazy lavender and soft orange eye of the sun blinks
As the warm wave, Navaswan, greets us each day.
She sweeps her hair around the globe.
She’s one of those women whose eyes suggest sleep
Her freckles are a deep, fiery orange, her skin like the
Waxing full moon. Go – look at the moon tonight
And I will be seeing the same thing you are.

[Note: Navaswan is a Sanskrit word that means the cool air that arrives just before the dawn.]

Last August Adele Slaughter produced an independent feature called Bob's New Suit. She has taught at California State University Channel Islands and has worked as a journalist covering personal health for USAToday.com. In 2004 she was awarded a national journalism prize for her coverage of multiple sclerosis. In 1993 the White House Commission on Presidential Scholars named her a Distinguished teacher. She received her M.F.A. in poetry from Columbia University. Slaughter’s first book of poems, What The Body Remembers was published by Story Line Press in 1994. Her poems have appeared in The Virginia Quarterly Review, Confrontation, Dryad and the Princeton Spectrum. Slaughter and Jeff Kober co-wrote a non-fiction book entitled, Art That Pays: The Emerging Artist’s Guide to Making a Living (NNAP, 2004).