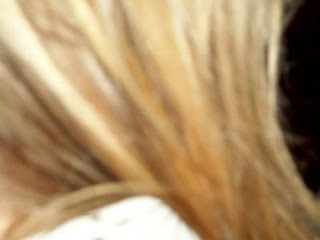 The Fat Lady Sings
He said he couldn’t see the sunburn on her face. She said you’re kidding right? He said again he didn’t see it. She said how could you not see it? He said she was all right. She said her face hurt, her face was on fire.

He said you always exaggerate. She said you always not see. He said now don’t start. She said a woman earlier in the day, a stranger in the supermarket, asked after her face, sympathized with how much it must hurt, an old woman with spectacles and stooped from osteoporosis and even she saw. He said see now that’s just too much.

She said it frightened her that he couldn’t see the sunburn on her face. He said she was overreacting. She said look again, look in my face and tell me you don’t see sunburn. He said he didn’t need to look again; she was fine. She said she wasn’t fine, and anyhow since when was fine okay? He said he didn’t know what she was talking about. She said great now you can’t see or understand me.

He said how’d you get burnt anyway? She said they were in the midst of a heat-wave or hadn’t he noticed that either? He said he didn’t like for her to be so sarcastic, he was just asking a simple question because he hadn’t managed to get himself sunburned, had he, no, but she had, hadn’t she? She said she got burnt because she was careless, careless and stupid.