EAT | READ will be a weekly beat on the new website RealPants.com (more info here). It will be produced by our Food Editor, Kristen Iskandrian, and Executive Editor, Amy McDaniel. We will feature an EAT | READ post here on EAT GENIUS every Tuesday as a lead-in to the Real Pants launch on January 1. Kristen's intro to the beat is below, followed by today's post. 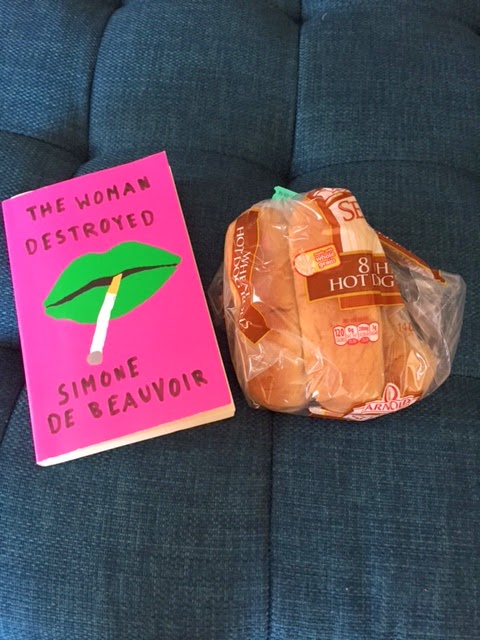 What we've been eating: Kristen
This Sunday evening, after days of Thanksgiving fare, I wanted anything but turkey, anything but stuffing, anything but pie. We had hot dogs, and I'm not going to lie and tell you they were organic hot dogs, because really, what the fuck is an organic hot dog? I had one once, it was Applegate Farms brand, and it tasted like terrible sadness, like Sadness interning for Despair. We ate Nathan's hot dogs on soft, chewy wheat rolls. For something green, I made a Caesar salad with homemade dressing, but omitted the croutons in favor of barbecue chips (not in the salad, but on the side).

What we've been reading: Kristen
I'm reading THE WOMAN DESTROYED by Simone de Beauvoir, one of many of her works that I never read in college, when I first encountered her and developed something of a crush on her. The book is three novellas and I'm on the second one, entitled "The Monologue." I feel, as I read it, a fondness for the things I used to love--high emotion rendered in colorful, embellished sentences, lots of ellipses and rhetorical questions. It feels a bit like reading an old film, or the smoky anteroom of a daydream. What we've been eating: Amy
I'm also eating anything but turkey but that's largely because we traveled to Florida for the holiday and weren't offered any savory leftovers. We did make off with some pound cake and bread pudding. The night after, a dinner of Vietnamese crepe and a rice noodle salad at Nam Phuong was the perfect gravy antidote, and yesterday we ate at a punk vegan restaurant in Chattanooga called Sluggo's on our way back from Lost Sea, the largest underwater lake in North America. Tonight, I've made spinach/ricotta/feta/dill-stuffed shells (pictured) and will bake that once I finish writing this paragraph. I boiled too many shells so if you have a good filling recipe that freezes well, please send it along to amy@realpants.com ASAP. Incidentally, the vessel shown in this photograph was a gift from John Dermot Woods, whose new book, THE BALTIMORE ATROCITIES from Coffee House, will be the centerpiece of the Real Pants launch party in Brooklyn on January 24.

What we've been reading: Amy 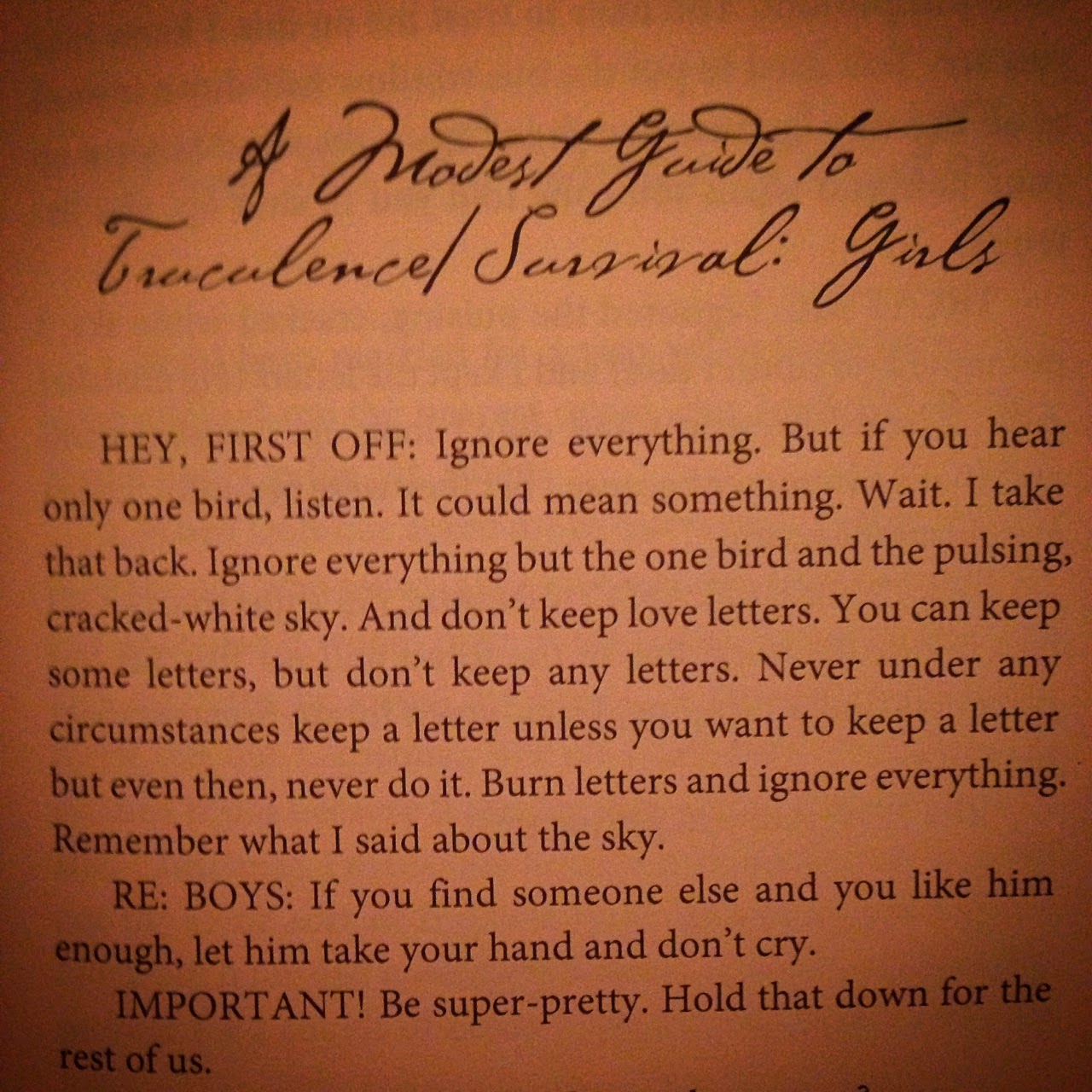 I have a family friend named Mr. McQueeney who used to go on turtle fasts, where he'd eat nothing except four chocolate turtles in a day, little bit by little bite. In much the same way, except not in the same way at all, I'm reading EVERY KISS A WAR by Leesa Cross-Smith, in little bits and bites because I don't want to run out. The photograph here shows the soft dynamite opening of one of the exquisite stories in the book, lit by a bath-side candle that my cat extinguished with her paw moments later. Leesa will be writing a Real Pants beat called "Line Drive." It will have country music, baseball, TV dialogue, and cheese dip.